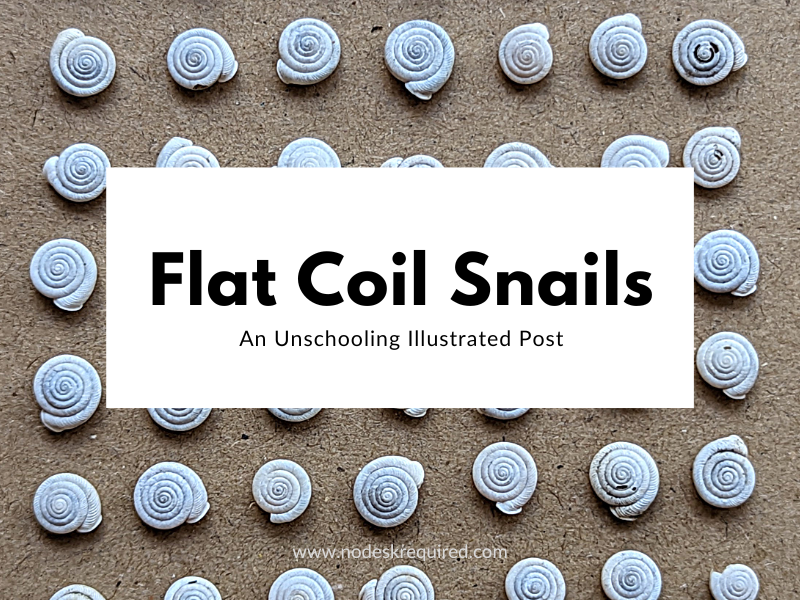 Southern Flat Coil Snails. I didn’t know much about them last week. Then we discovered a “snail city” in our front yard; The not-so-ancient remains of a colony of tiny gastropods.

I was outside with two of the boys when we spotted one little shell near the mailbox. We bent down to pick it up and spotted another. Then another. All told, we brought over 50 tiny snail shells inside for further investigation.

Obviously I didn’t plan any of this, since we just happened upon these shells in the normal course of our day. But I also didn’t force a “learning moment” onto the kids. Our mutual fascination led to the “lessons” that you’ll see below, and the boys stuck with it just as long as they were interested. We didn’t turn our whole day into a Snail Unit Study (although I personally would probably have enjoyed that) – each person just took away from this experience what they wanted and then moved on to other things.

Bending over and squatting down to pick up the snails required balance, muscle strength, and sensory regulation, as well as observational and fine motor skills (these things are tiny!). It was also encouraging to see some teamwork happening as the boys searched.

Once we brought the snails inside, we sorted them by size, and counted them. One of the boys then laid them out in rows of tens.

Of course, what kind of homeschoolers would we be if we didn’t look up what type of snail we had found? This required research skills, which led to our discovery that we had found Southern Flat Coil Snails, and touched on scientific classification, geography, and measurement.

While we were counting and looking up information, we talked about why there were so many in one spot, what could have caused them to die*, and why they appeared sun-bleached. Cause-and-effect, logic, reasoning, and creativity were all part of this organic discussion.

Ten minutes later, one of the boys reappeared with another shell, but this one was found elsewhere in the yard and wasn’t bleached. They did a quick comparison of the colored shell vs. the sun-bleached ones, and then were off onto other things.

Nothing fancy, nothing planned. It took about 15-20 minutes tops, from the collecting to when the boys were done with their research and ready to move on with their day. But goodness, did we cover a lot in that time!

Learning happens as we live, often in the random or the mundane. I’m trying to highlight some of those moments in our day-to-day right here, for anyone who needs a few examples to help them spot the learning in their own children’s lives. Follow the Unschooling Illustrated tag to read all our unschooling examples!

*What did happen to all those snails?! The most logical conclusion was that, since these are land snails (terrestrial pulmonate gastropods) and therefore air-breathing, and since they were found in a part of our yard that often floods after heavy rains . . . they probably drowned. 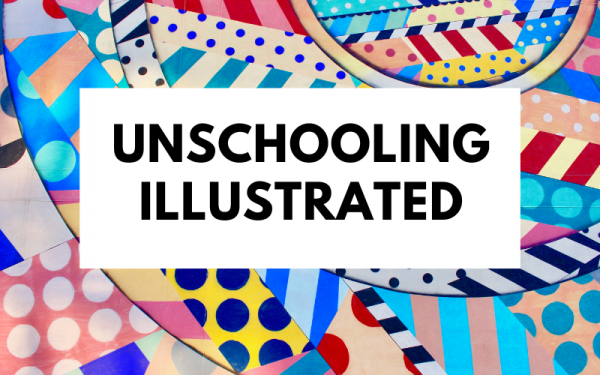 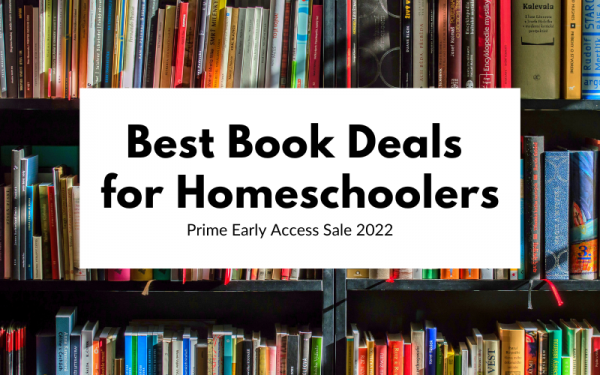 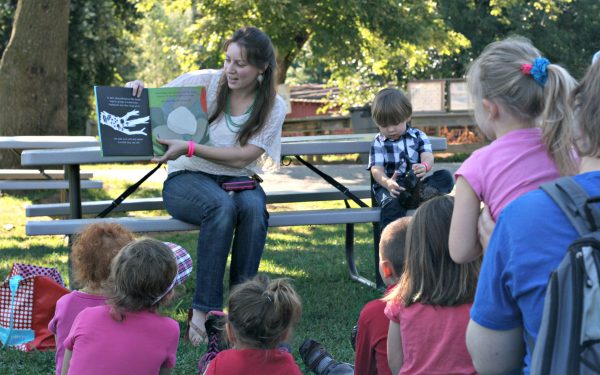